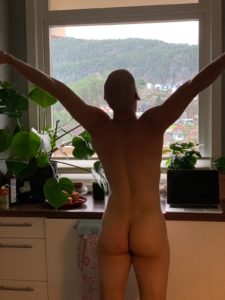 Karmaklubb* is a nomadic queer club and conversational platform aiming to create an open feminist discourse embracing the glitches, gaps, and spaces of hybridity. It is growing through collaboration and continuity as a method – and now, Oslo Internasjonale Teaterfestival will take part in this journey!

Karmaklubb* has gathered five collaborators to investigate questions around performativity and politics through three events during the festival. The collaborators are very different – yet they have a common ‘queer eye’ on how our physical bodies is a highly political, as well as liberating tool for challenging borders and language. How can repressing ideologies of the past be challenged, while insisting on the performativity of the bodies today?

We welcome you to explore the potential of performance and presence – to expand, renegotiate and change the spaces we inhabit (IRL and virtually).

More good things will come! Besides the program presented here, there will be published written contributions as part of this collaboration between Karmaklubb* and Black Box teater A series of bending encounters’ will also be followed by a ‘house of joi (sic)’ during fall when we can practice as we preach! House party in a church. A drag. A proper ball! A celebration.

Antonio Cataldo and Anushka Rajendran: What does it mean to be public? Bodies in Transformative Alliance
Duration: 45 minutes
This presentation will look at the intersection of the spaces where art unfolds (including the street, the square, the pavement, and digital spheres). We will explore how art continues to be a social space, creating new assemblies and alternative parliaments.

Antonio Cataldo is a curator and writer living and working in Oslo. He is currently the Artistic Director of Fotogalleriet.

Draglab: An introduction!
Duration: 5 minutes
Cassie Brødskive aka Jens Martin Hartvedt Arvesen (Draglab and Drag Core) will give an introduction to Saturday’s program by Draglab.

Aufhebung focuses on kinship and mothering from the point of view of one person’s sporadic life story. Their story begins in college and moves through various influential encounters that grapple with entanglement, boundaries and the structures necessary for them to commit to Love.

The text will be read as a bedtime story! Grab your pillows and get in a comfortable position while listening!

Nikima Jagudajev is a choreographer based in New York, USA and Brussels, Belgium. Her work expands formal dance into the construction of open-ended socialites.

Watch the recording of A series of bending encounters #1 below – available for a limited period of time only:

Kaeto Sweeney: A warm meeting and First kiss before anything once (live)
First kiss before anything once is a story of a lonely boy longing to go dancing. Kaeto Sweeney’s works are shaped around the different ways stories (both personal and with societal perspectives) are told and received. Tonight Kaeto will share a performance and a conversation about our queer party ideology and common ground of collaborations. There will also be a special gift: a text available in limited edition at Black Box teater bookshop!

Watch the recording of A series of bending encounters #2 below – available for a limited period of time only. The video is edited, and the performance by Kaeto Sweeney has been removed due to copyrights.

Daniel Mariblanca: Performance extract of In First Person: The Dance and a ‘chat noir’
Daniel Mariblanca invites us to a talk about bodily expression and dance in a transgender perspective. We will get an inside look into his company 71BODIES and the project In First Person — and lucky you: Daniel will perform, too! Expect honesty, perhaps nudity, and uncensored material — all in a very comfortable sphere. The conversation is between Daniel and Karmaklubb* organizer Tine Semb, and there will be room for answering questions asked by the audience in advance (you may send your question(s) to karmaklubb@protonmail.com).

Daniel Mariblanca is a professional dancer from Barcelona. He is working as a dancer at Carte Blanche, as well as developing projects with 71BODIES – a transgender inclusive dance and performance company in Bergen, born out of an urgency to both understand and document the complexities within transgender identity.

Draglab: The Clown, the King, and the Enby

Get ready to be lectured on different aspects of the drag discourse by Cassie Brødskive, Robin from Gutta and Vera Brå! They will touch on queerness in relation to aesthetics and art – as well as its potential in drag. The artists will share how they view their own drag practices as part of something that is bigger than themselves. To exemplify the talks, the artists will show acts from their own repertoire.

Draglaboratoriet, or Draglab was started in 2015 by Cassie Brødskive. It is a place where drag artists can talk and perform together to understand more about their discourse. Cassie Brødskive aka Jens Martin Hartvedt Arvesen started with drag in 2013, together with his sisters in the drag collective Princessilicious.

Robin aka Ann-Christin Kongsness has studied dance and choreography as well as aesthetic theory and literature. She works as a dancer, choreographer, writer, and dragking based in Oslo. She has worked on several projects with queer focus.

Thor Einar Johnsen is educated in physical theatre and movement from École internationale de théâtre Jacques Lecoq in Paris. He currently works in Oslo as an actor, dancer, theatre teacher and drag performer. He has also performed in the field of clowning and circus for several years. Lately he has been performing as a drag queen as his alter-ego: Vera Brå.

Watch the recording of A series of bending encounters #3 below – available for a limited period of time only. The video is edited, and the lip-syncs are muted due to copyright reasons.

Duration: 120 minutes for each event.

After the live streaming, some parts of the program will be available on Vimeo throughout the festival. The link will be added here on oitf.no.

Even more detailed information about the program can be found on Karmaklubb*’s website.

For Karmaklubb* publications and Kaeto Sweeneys ‘Art to Wear shirt’ made for the festival, please visit our bookshop.