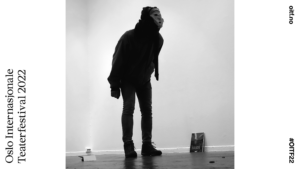 Stranger Within is the result of a long-standing art project by Mia Habib and Jassem Hindi, and their work in the North of Norway.

For two years, Habib and Hindi have performed in people’s houses in exchange for a meal or a coffee. They played for teachers, priests, sled dog breeders, office workers, a former police officer, a future Sámediggi president.

Stranger Within is developed in a spirit of hosting strangers with strangeness, where art is stuck in reality. The work offers us the precious stories they were told along the way, and horror poems, and mysterious images of the North. This is a broken history of Norway, shaped like a haunted land, fretting at the remains of the day.

The book contains texts by Aase Berg, Siri Broch Johansen, Henri Michaux, Slincraze, Liv Helene Willumsen as well as pictures by Ingun Mæhlum, scandals in Alta, memories of the war, picture of the spy Frode Berg, and much more.

The book launch will be held at Litteraturhuset